The Story of Ruth

The Story of Ruth

he Hebrew Tanach has 24 holy books. Among the most well-known of these are the five books of Moshe, the Chumash. But there are another 19 books. One of these is Megillat Ruth, which we read in shul on Shavuot. This Megillah was written by the holy Prophet Shmuel (Samuel) Hanavi. You may ask: What is a prophet? A prophet is someone, man or woman, a Jew or gentile, who Hashem speaks to. The last living prophet died more than 2000 years ago when the world was on a much higher spiritual level. Shmuel Hanavi wrote Megillat Ruth to teach Jews of all generations how we are supposed to behave and treat those different from us with kindness. Ruth was also the great-grandmother of the holy King David. By learning the book of Ruth we gain a better understanding of the amazing family that David came from.

The story begins in the Land of Israel. We are introduced to Elimelech who was a very important citizen of the famous city Beit Lechem, which some of you may know as Bethlehem. There was no rain one year, and the crops dried up and died. Food was scarce and expensive. Sadly as in most famines the poor people were the first ones to starve. So they begged the rich people for food and for money. The wealthy Elimelech didn’t like the beggars and tried to avoid giving them tzeddakah. He disliked helping them so much that he packed up his belongings, his cattle and his wealth and moved with his wife and two sons out of Israel. Elimelech moved to a neighbouring country called Moav, a land full of idol worshippers and enemies of the Jewish people. They were going to stay in Moav until the famine was over in Israel. In Moav, Elimelech’s family was happy until, suddenly, Elimelech died. His wife Naomi was left alone with Machlon and Kilyon, her two sons. The family remained in Moav where Naomi’s sons married two non-Jewish women– two princesses by the names of Ruth and Orpah.The family lived there for 10 years and tragically their lives were worse than they would have been if they had stayed in Israel. Machlon and Kilyon also died and the family lost all of their cattle and money.

Poor Naomi had lost her husband and her children. She was all alone in a foreign country. She decided that given all her bad fortune in Moav she should return to Israel, her homeland.

Naomi started her journey back to Israel with her daughters-in-law, Orpah and Ruth, following her. Naomi tried to convince them to stay in Moav with their families and to build new lives there. After much arguing, Orpah agreed and returned to her family. Ruth on the other hand refused to leave Naomi – no matter how hard Naomi tried to convince her. Ruth also expressed to Naomi her love of Judaism and how she wanted to convert to becomeJewish herself.

Ruth said to Naomi: “Wherever you will go, I will go. Wherever you stay, I will stay. Your people are my people. Your G-d is my G-d. “ Naomi could see that Ruth was telling the truth and happily the two of them set off to Eretz Yisrael. We see what an amazing person Ruth is by how much she was willing to give up. She was prepared to leave behind her family and country, convert to Judaism and accompany her elderly mother-in-law back to Israel.

The leader of the Jews at the time was a holy judge by the name of Boaz. Boaz was the 13th leader of the Jews since Moshe Rabbeinu and was from the tribe of Yehudah. He was also a nephew of Elimelech, Naomi’s late husband. He was very wealthy and owned many fields.
When they arrived back in Israel people hardly recognised Naomi. They remembered her when she was a rich and beautiful woman. But now she had become old and looked very poor. People also wondered who the foreigner was by her side. A Moabite woman?! Why would Naomi bring an idol worshipper with her back to Israel?!
Naomi was poor and too ashamed and embarrassed to ask for help.

The barley harvest was beginning. Once the grain was ripe and ready, harvesters would go out to collect it from the fields. There is a Torah law that if a harvester drops one or two stalks of grain, he must not pick them up. He must leave them for the poor people. It is a special mitzvah known as “Leket”. Ruth took on the responsibility of looking after Naomi and so she went off to the fields to collect Leket.

It was no coincidence that Ruth went to one of Boaz’s fields. Hashem had a happy ending in store for this story. Besides Ruth, there were many poor people– men and women – who wanted to pick up Leket after the harvesters. Some of the poor men were rude and selfish and were taking more than they were supposed to. Ruth was just as hungry as all the other poor people, but being the special, righteous person she was, Ruth quietly and patiently collected only what she was allowed to. People mocked her and told her that if she wanted to eat she should behave like them. This didn’t bother Ruth – she was happy to be performing Hashem’s mitzvot correctly and to be behaving like a mensch.

When Boaz came to see how the harvesting was going, he noticed this strange-looking woman acting modestly and kindly. He thought: “Oh, that must be the lady who helped my aunt Naomi, and followed her here from Moav. Wow, she is righteous.” Boaz walked over to Ruth and said: “I am so impressed by your kindness to Naomi, and how you gave up so much to convert and become Jewish. L have ordered all of my workers to be especially nice to you. Please, do not leave my fields. Stay and collect to your heart’s content.” Boaz then invited Ruth for lunch. Her portion of food was so big that she couldn’t eat it all, so Ruth brought it home in the evening for Naomi. Seeing how much food and barley Ruth brought home Naomi asked her, “Who was so nice to you today and gave you so much?” Ruth answered: “A very good man by the name of Boaz”. Ruth did not know who Boaz was. Naomi replied with great excitement – “Boaz! Ah, Baruch Hashem, you met our relative! Boaz is our cousin!” Ruth told Naomi of how Boaz had ordered all of his workers to be especially nice to her,and how he had given her permission to collect as much Leket as she wanted from his fields.

After spending more time together and realising how special Ruth was, Boaz decided that he wanted to marry her – despite the fact that many people did not approve because she was a convert from Moav, an enemy nation. Boaz explained to the people of Beth Lechem that marrying a convert from Moav was allowed if the person was sincere.

Boaz married Ruth and soon after they had a child. People were so happy for Naomi – she had such a loyal daughter-in-law and now finally she would become a grandmother!

A boy was born. They named him Oved. Oved grew up and had a son named Yishai. Can you guess which famous king was Yishai’s son? Yes! King David! And the Moshiach that we’re waiting for comes from King David’s family.

The story of Ruth is a very powerful one. It teaches us to never give up hope like Naomi, to be kind and sincere like Ruth and to be understanding like Boaz. We also learn that greatness can come from unexpected places – who would have thought that King David could come from a convert from an enemy nation.

Now that you know the basic story, we hope you are sufficiently prepared to enjoy our Generation Sinai material, and experience the beauty and depth of Megillat Ruth with your children. 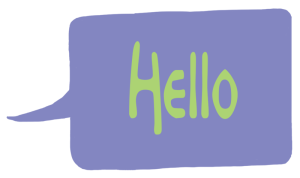 n a small town near Danzig, nowadays known as Gdansk, the Jews lived in harmony with their neighbours. There was a well-respected Torah scholar known as Rabbi Shmuel Shapira, who was a great Hassidic Rabbi.

The Rabbi would take a morning stroll through the picturesque streets of his village, and was dressed in a manner befitting his stature; in a tailored black coat, wearing a top hat and carrying a silver walking cane – an impressive sight. It was his custom to greet everyone he met along the walk – Jews, Non-Jews, men, women and children. He would grant a warm smile and wish a cordial “Good morning”. Greeted this way, the people would respond in kind and thus the Rabbi learnt the names of most of the townspeople.

Thus in 1939 this all ended; the good-natured relationship between the residents of the town abruptly ended and the Holocaust began. Most of the Jews were sent to concentration camps. Rabbi Shapira was sent to Auschwitz. Much of the German resources in the area were assigned to help the German war effort.

One day, Rabbi Shapira was waiting in line; this was the infamous “Selektion” where his fate would be decided; would he be sent to the right side of life, or the left side of death. The Rabbi, clean shaven and depleted of essential nourishment, was walking like a living skeleton. He could her the gruff voice shouting “Right! Left! Left! Right!” and thus sentencing the helpless Jews to their fate. Would they live until at least the next Selektion?

As the Rabbi got closer to this potentially fatal T-Junction, the Rabbi thought he could recognise the voice. As the Rabbi took his turn to be selected, he by instinct said “Good Morning, Herr Muller”.

In an instant, the bestial barks of right and left were replaced with a human voice; “Good Morning, Herr Rabbiner; what are you doing here?”

A strange question, the Rabbi thought; what am I doing here? And what is Herr Muller, now a SS Nazi working as a camp guard in Auschwitz, doing here? The Rabbi remained silent.

With emotions running too strong to be able to speak, the Rabbi was swiftly waved to the right – to life.

The next day, the Rabbi was transferred to a relatively safer camp, where he survived the remainder of the war. All his family had been murdered in the death camp of Treblinka.

After recounting this tale, the Rabbi would add “This just goes to show us the incredible power of what a simple “Good morning” can do.”